If You Knew Where Auto Theft Ended, Would You Start Locking Your Car?
An Average of 347 Vehicles are Stolen in Colorado Each Week. Coloradans Against Auto Theft’s New Campaign Reminds Drivers of the Violent Crimes Fueled by Auto Theft

Denver, Colo. (July 24, 2017) — In observance of National Auto Theft Prevention Month, Coloradans Against Auto Theft (CAAT) is launching a statewide public awareness campaign, reminding drivers about the importance of not making themselves an easy target for car thieves. The “Lockdown Your Car” campaign informs the public about the domino effect that often occurs when a car is left unlocked. Not only can this result in car theft, but also fuels other crimes such as armed robbery, home invasion and drug-related offenses. 97 percent of car thieves charged with auto theft are also charged with other crimes.
“Colorado’s crime rate is on the rise and that includes a significant increase in auto theft, which often is involved in other crimes,” says Colonel Scott Hernandez, Chief of the Colorado State Patrol. “Trends show auto theft rates spike from July through December. That’s why statewide law enforcement agencies are joining forces with our communities this summer to spread important safety messages and help drivers recognize how commonsense measures such as locking their cars can help reduce violence across the state.”
According to the Auto Theft Intelligence Coordination Center (ATICC), 18,047 vehicles were stolen statewide in Colorado in 2016, up more than 20 percent over 2015 and more than 55 percent over 2014. ATICC’s 2016 annual report indicates that Friday and Monday showed the highest levels of auto theft, while Sunday showed the lowest. The top two locations for vehicles to be stolen from were residences and parking lots, including garages. According to the National Insurance Crime Bureau’s (NICB) latest Hot Spots report, Pueblo, Colorado took the number two spot for vehicle theft in the country in 2016. 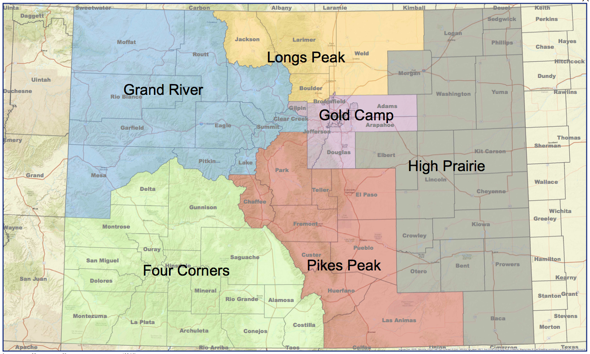 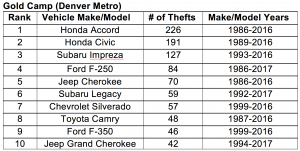 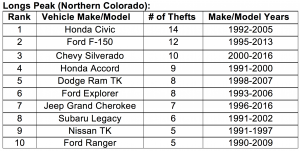 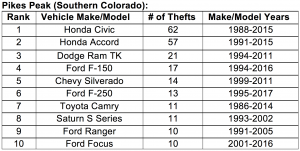 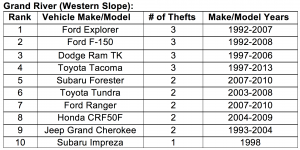 *This information contains vehicle thefts in Colorado for the date parameters: April 1-June 30, 2017 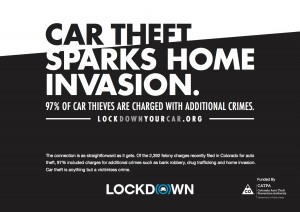 The “Lockdown Your Car” campaign, supported by grant funding through the Colorado Auto Theft Prevention Authority (CATPA), features a radio and TV spot and digital ads that ask, “If you knew where auto theft ended, would you start locking your car?” The campaign reminds drivers that they might not be the only victim if their car gets stolen, and the easiest way to prevent this domino effect is to simply hit the lock button. View the “Lockdown Your Car” TV spot here.
“Most people think, ‘it will never happen to me,’ but data shows that 48 percent of Coloradans know someone who has had their car stolen,” says Carole Walker, Executive Director of the Rocky Mountain Insurance Information Association and CAAT chair. “Even scarier, 97 percent of car thieves in Colorado commit additional violent crimes. We took a more serious approach with our ads this year to illustrate that auto theft is not a victimless crime and impacts the community beyond the stolen vehicle itself.”
For more information, visit www.lockdownyourcar.org and the “Lockdown Your Car” Facebook and Twitter pages.

How Can You Avoid Auto Theft?

CAAT Coalition Partners
Colorado auto theft task forces, made up of regional law enforcement agencies, Colorado State Patrol and other motor vehicle safety and insurance partners, are a part of the CAAT coalition to decrease auto theft during this peak auto theft season.