The Auto Theft Intelligence Coordination Center (ATICC) has prepared the following assessment regarding the occurrence of motor vehicle theft in Colorado, during the period of January 1, 2019 through December 31, 2019.

“A man to whom an Edgewater police officer was going to issue a warning for leaving his vehicle running while it was unattended Thursday morning instead ended up in jail after he allegedly punched the officer in the face.”

“From January 26, 2020, through February 1, 2020, ‘Puffer Week,’ the Loveland Police will be looking for cars that are running without a driver. If you have the proper safety precautions in place, no problem. If not, you’ll be getting a Class B traffic citation.”

Statewide, 2018 auto thefts were up 9.4 percent over the prior year, and 18 percent over 2016, according to the Colorado Auto Theft Intelligence Coordination Center, a task force of the Colorado State Patrol, local law enforcement agencies and others.

July is National Auto Theft Prevention Month, and Coloradans Against Auto Theft released a list of the most stolen types of vehicles in 2018. The top 10 were the Honda Civic, Honda Accord, Ford F-250, Chevrolet Silverado, Ford F-150, Dodge RAM, Ford F-350, Subaru Legacy, GMC Sierra and the Jeep Grand Cherokee.

The National Insurance Crime Bureau (NICB) released their 2018 Hot Spots Vehicle Theft Report on June 25, 2019.
According to the report, of the seven Colorado Metropolitan Statistical Areas (MSA), five of them were above the national MSA theft rate in 2018 – Pueblo, Denver-Aurora Lakewood, Colorado Springs, Greeley and Boulder. However, this is down from 2017, in which six were above the theft rate.

The Auto Theft Intelligence Coordination Center (ATICC) has prepared the following assessment regarding the occurrence of motor vehicle theft in Colorado, during the period of January 1, 2018 through December 31, 2018.

The Auto Theft Intelligence Coordination Center (ATICC) has prepared the following assessment regarding the occurrence of motor vehicle theft in Colorado, during the period of January 1, 2017 through December 31, 2017.
Data used in this report is sourced from the Colorado Stolen Vehicle Database Repository administered by the ATICC. The repository contains records of all stolen and recovered vehicles entered and removed from the Colorado Crime Information Center (CCIC). 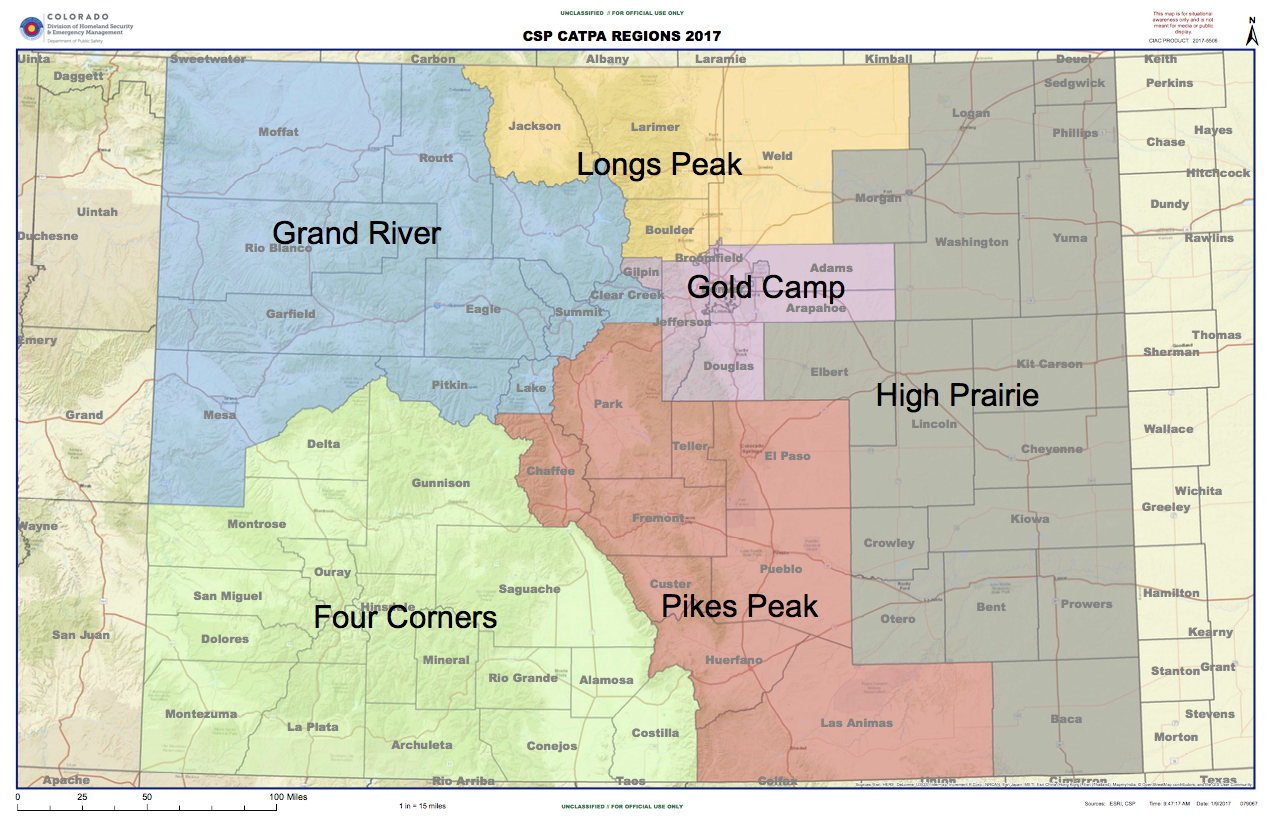 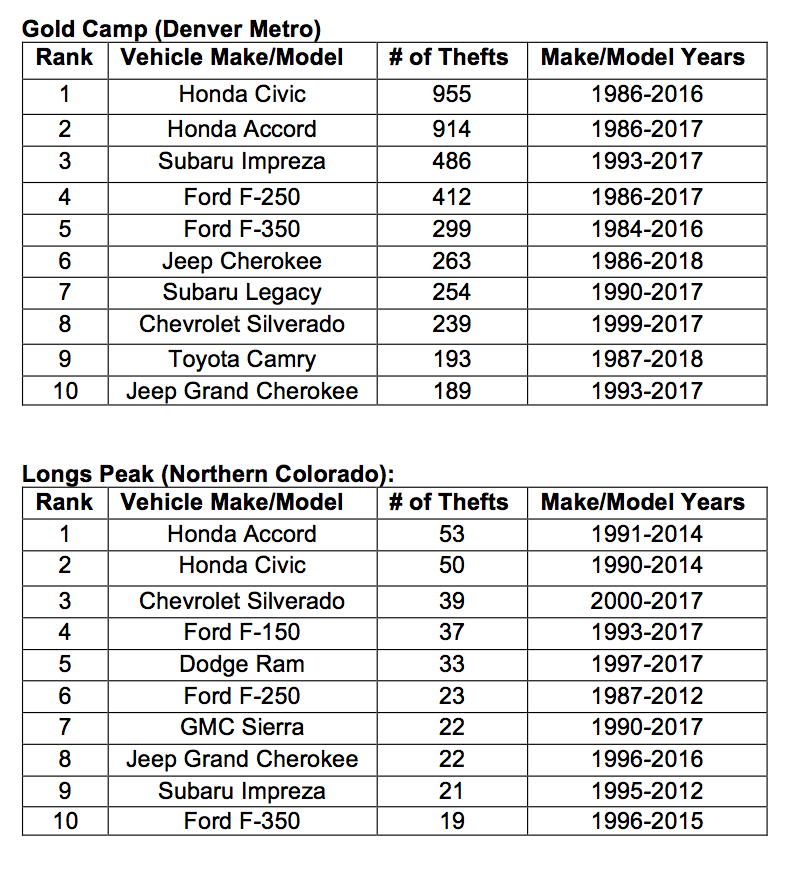